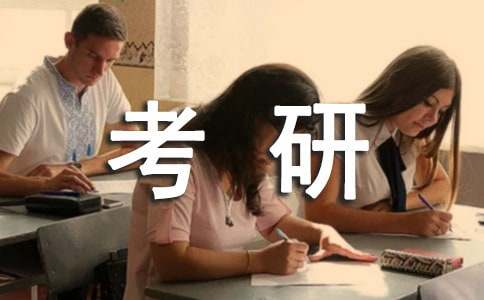 Section I Use of English

Read the following text. Choose the best word (s) for each numbered blank and mark A, B, C or D on the ANSWER SHEET. (10 points)

People have speculated for centuries about a future without work .Today is no different, with academics, writers, and activists once again 1 that technology be replacing human workers. Some imagine that the coming work-free world will be defined by 2 . A few wealthy people will own all the capital, and the masses will struggle in an impoverished wasteland.

A different and not mutually exclusive 3 holds that the future will be a wasteland of a different sort, one 4 by purposelessness: Without jobs to give their lives 5 , people will simply become lazy and depressed. 6 , today’s unemployed don’t seem to be having a great time. One Gallup poll found that 20 percent of Americans who have been unemployed for at least a year report having depression, double the rate for 7 Americans. Also, some research suggests that the 8 for rising rates of mortality, mental-health problems, and addicting 9 poorly-educated middle-aged people is shortage of well-paid jobs. Perhaps this is why many 10 the agonizing dullness of a jobless future.

But it doesn’t 11 follow from findings like these that a world without work would be filled with unease. Such visions are based on the 12 of being unemployed in a society built on the concept of employment. In the 13 of work, a society designed with other ends in mind could 14 strikingly different circumstanced for the future of labor and leisure. Today, the 15 of work may be a bit overblown. “Many jobs are boring, degrading, unhealthy, and a waste of human potential,” says John Danaher, a lecturer at the National University of Ireland in Galway.

These days, because leisure time is relatively 16 for most workers, people use their free time to counterbalance the intellectual and emotional 17 of their jobs. “When I come home from a hard day’s work, I often feel 18 ,” Danaher says, adding, “In a world in which I don’t have to work, I might feel rather different”―perhaps different enough to throw himself 19 a hobby or a passion project with the intensity usually reserved for 20 matters.

Read the following four texts. Answer the questions below each text by choosing A, B, C or D. Mark your answers on the ANSWER SHEET. (40 points)

Every Saturday morning, at 9 am, more than 50,000 runners set off to run 5km around their local park. The Parkrun phenomenon began with a dozen friends and has inspired 400 events in the UK and more abroad. Events are free, staffed by thousands of volunteers. Runners range from four years old to grandparents; their times range from Andrew Baddeley’s world record 13 minutes 48 seconds up to an hour.

Parkrun is succeeding where London’s Olympic “legacy” is failing. Ten years ago on Monday, it was announced that the Games of the 30th Olympiad would be in London. Planning documents pledged that the great legacy of the Games would be to level a nation of sport lovers away from their couches. The population would be fitter, healthier and produce more winners. It has not happened. The number of adults doing weekly sport did rise, by nearly 2 million in the run―up to 2012―but the general population was growing faster. Worse, the numbers are now falling at an accelerating rate. The opposition claims primary school pupils doing at least two hours of sport a week have nearly halved. Obesity has risen among adults and children. Official retrospections continue as to why London 2012 failed to “inspire a generation.” The success of Parkrun offers answers.

Parkun is not a race but a time trial: Your only competitor is the clock. The ethos welcomes anybody. There is as much joy over a puffed-out first-timer being clapped over the line as there is about top talent shining. The Olympic bidders, by contrast, wanted to get more people doing sports and to produce more elite athletes. The dual aim was mixed up: The stress on success over taking part was intimidating for newcomers.

Indeed, there is something a little absurd in the state getting involved in the planning of such a fundamentally “grassroots”, concept as community sports associations. If there is a role for government, it should really be getting involved in providing common goods―making sure there is space for playing fields and the money to pave tennis and netball courts, and encouraging the provision of all these activities in schools. But successive governments have presided over selling green spaces, squeezing money from local authorities and declining attention on sport in education. Instead of wordy, worthy strategies, future governments need to do more to provide the conditions for sport to thrive. Or at least not make them worse.

21. According to Paragraph1, Parkrun has .

[B] created many jobs

22. The author believes that London’s Olympic“legacy” has failed to .

23. Parkrun is different from Olympic games in that it .

[A] aims at discovering talents

[B] focuses on mass competition

[C] does not emphasize elitism

[D] does not attract first-timers

【答案】[C] does not emphasize elitism

24. With regard to mass sport, the author holds that governments should .

25. The author’s attitude to what UK governments have done for sports is .

of screens, it’s easy for parents to forget about their own screen use. “Tech is designed to really suck on you in,” says Jenny Radesky in her study of digital play, “and digital products are there to promote maximal engagement. It makes it hard to disengage, and leads to a lot of bleed-over into the family routine. ”

Radesky has studied the use of mobile phones and tablets at mealtimes by giving mother-child pairs a food-testing exercise. She found that mothers who sued devices during the exercise started 20 percent fewer verbal and 39 percent fewer nonverbal interactions with their children. During a separate observation, she saw that phones became a source of tension in the family. Parents would be looking at their emails while the children would be making excited bids for their attention.

Infants are wired to look at parents’ faces to try to understand their world, and if those faces are blank and unresponsive―as they often are when absorbed in a device―it can be extremely disconcerting foe the children. Radesky cites the “still face experiment” devised by developmental psychologist Ed Tronick in the 1970s. In it, a mother is asked to interact with her child in a normal way before putting on a blank expression and not giving them any visual social feedback; The child becomes increasingly distressed as she tries to capture her mother’s attention. “Parents don’t have to be exquisitely parents at all times, but there needs to be a balance and parents need to be responsive and sensitive to a child’s verbal or nonverbal expressions of an emotional need,” says Radesky.

On the other hand, Tronick himself is concerned that the worries about kids’ use of screens are born out of an “oppressive ideology that demands that parents should always be interacting” with their children: “It’s based on a somewhat fantasized, very white, very upper-middle-class ideology that says if you’re failing to expose your child to 30,000 words you are neglecting them.” Tronick believes that just because a child isn’t learning from the screen doesn’t mean there’s no value to it―particularly if it gives parents time to have a shower, do housework or simply have a break from their child. Parents, he says, can get a lot out of using their devices to speak to a friend or get some work out of the way. This can make them feel happier, which lets then be more available to their child the rest of the time.

26. According to Jenny Radesky, digital products are designed to ______.

[A] takes away babies’ appetite

[B] verbal expressions are unnecessary for emotional exchange

[C] children are insensitive to changes in their parents’ mood

29. The oppressive ideology mentioned by Tronick requires parents to_______.

[A] protect kids from exposure to wild fantasies

[D] remain concerned about kid’s use of screens

[A] give their parents some free time

[B] make their parents more creative

[C] help them with their homework

【答案】[A] give their parents some free time