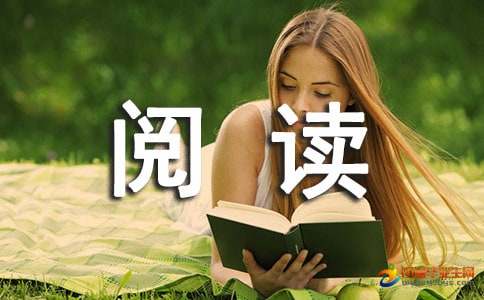 Some detachments rapped at each door, then disappeared into the houses. It was occupation after invasion. Then the duty commences for the conquered to show themselves gracious toward the conquerors1.

After some time, as soon as the first terror disappears, a new calm is established. In many families, the Prussian officer eats at the table. He is sometimes well bred and, through politeness, pities France, and speaks of his repugnance2 in taking part in this affair. One is grateful to him for this sentiment; then, one may be, some day or other, in need of his protection. By treat-ing him well, one has, perhaps, a less number of men to feed. And why should we wound anyone on whom we are entirely3 dependent? To act thus would be less bravery than temerity4. And temerity is no longer a fault of the commoner of Rouen, as it was at the time of the heroic defense5, when their city became famous. Final-ly, each told himself that the highest judgment6 of French urbanity required that they be allowed to be polite to the strange soldier in the house, provided they did not show themselves familiar with him in public. Outside they would not make themselves known to each other, but at home they could chat freely, and the German might remain longer each evening warming his feet at their hearthstones.

The town even took on, little by little, its ordinary aspect. The French scarcely went out, but the Prussian soldiers grumbled7 in the streets. In short, the officers of the Blue Hussars, who dragged with arrogance8 their great weapons of death up and down the pavement, seemed to have no more grievous scorn for the simple citizens than the officers or the sportsmen who, the year before, drank in the same cafes.

There was nevertheless, something in the air, something subtle and unknown, a strange, intolerable atmosphere like a penetrating9 odor, the odor of invasion. It filled the dwellings10 and the public places, changed the taste of the food, gave the impression of being on a journey, far away, among barbarous and dangerous tribes.

The conquerors exacted money, much money. The inhabitants always paid and they were rich enough to do it. But the richer a trading Norman becomes the more he suffers at every outlay11, at each part of his fortune that he sees pass from his hands into those of another.

Therefore, two or three leagues below the town, following the course of the river toward Croisset, Dieppedalle, or Biessart mariners12 and fishermen often picked up the swollen13 corpse14 of a German in uniform from the bottom of the river, killed by the blow of a knife, the head crushed with a stone, or perhaps thrown into the water by a push from the high bridge. The slime of the river bed buried these obscure vengeances, savage15, but legitimate16, unknown heroisms, mute attacks more perilous17 than the battles of broad day, and without the echoing sound of glory.

For hatred18 of the foreigner always arouses some intrepid19 ones, who are ready to die for an idea.

Finally, as soon as the invaders20 had brought the town quite under subjection with their inflexible21 discipline, without having been guilty of any of the horrors for which they were famous along their triumphal line of march, people began to take courage, and the need of trade put new heart into the commerce of the country. Some had large interests at Havre, which the French army occupied, and they wished to try and reach this port by going to Dieppe by land and there embarking22.

They used their influence with the German soldiers with whom they had an acquaintance, and finally, an authorization23 of departure was obtained from the General-in-chief.

Then, a large diligence, with four horses, having been engaged for this journey, and ten persons having engaged seats in it, it was resolved to set out on Tuesday morning before daylight, in order to escape observation.

For some time before, the frost had been hardening the earth and on Monday, toward three o'clock, great black clouds coming from the north brought the snow which fell without interruption during the evening and all night.