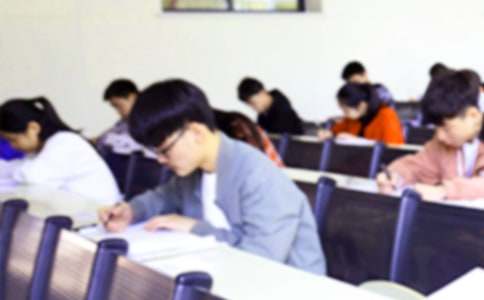 Macao, a sparking pearl in the coast of China, catches the world s attention for her charm, her experiences of various changes and her bright achievements, and moreover, for the unusual date of December 20, 1999.

Macao has been the territory of China ever since the ancient times. The Chinese people have been living and working there for generations. Early in the 80s, Mr. Deng Xiaoping, one of the great figures of the century, put forward the bold concept of “One Country, Two Systems”. On July 1, 1997, the People s Republic of China resumed her sovereignty over Hong Kong. This year, Macao will completely get rid of the foreign regime and return to motherland. This is another great historical event for the Chinese people. It symbolizes another big step for the Chinese people on their way towards the great goal of the country's reunification. Macao s future is sure to be even brighter.

Directions: In this part of the test, you will hear a passage and read the same passage with blanks in it. Fill in each of the blanks with the word or words you hay5 heard on the tape. Write your answer in the corresponding space in your ANSWER 1300KLET. Remember you will hear the passage only once. Now, let us begin Part A with Spot Dictation.

Good afternoon. I'd like to thank Professor Leach for giving me the chance to talk to you students. My topic today is “Attitudes, Values and Tastes”.

Included in the first type of attitude are statements like “Sally has beautiful eyes”, or “I hate ice-cream”. Attitudes like these may simply inclicat7 a personal taste or preference, that does not always affect other people. Nobody will get particularly upset, for example, if you have a preference for tea rather than coffee.

The second type of attitude could include such at. statements as“Smoking should be banned in public places”, and “War is a terrible thing. With attitudes like these, however, we are expressing an opinion that we feel very strongly about. Opinions such as these are very. much a part of our personality since they express the way we feel about certain, important things and events. If someone is a smoker, for example, it can become very difficult to get on with that person if they smoke all the time in our company.

Preference and tastes refer to specific objects or events, whereas values are general and include complete ideas. There is a big difference, for example, between these two statements: “Your boss is very rude” and “I could never work under a boss”. In the first statement, the speaker is simply stating an opinion based on one person /the boss. The idea is that other bosses are not so rude. In the second one, though, the speaker indicates a deeply held view about work in general: he could not work for anyone,

Directions: In this part of the test, you will hear several short statements. These statements will be spoken only once, and you will not find them written on the paper; so you must listen carefully. When you hear statement, read the answer choices and decide which one is closest in meaning to the statement you have heard. Then write the letter of the answer you have chosen in the corresponding space in your ANSWER BOOKLET.

Question No. 1. Since Jack didn't hear the weather forecast, he didn't bring an umbrella to work..

Question No. 2. They should have listened to the consultant's advice.

Question No. 3. The advertising campaign is launched by a well-known sporting goods manufacturer.

Question No. 4. Did Cathy leave the annual report in this drawer or in the other one?

Question No. 5. Let's not sign the memo until we have a lawyer look at it.

Question No. 6. The company replied that they were unable to deliver the spare parts until the end of January.

Question No. 7. It took us less than the time stipulated in the contract to complete the project.

Question No. 8. I'm afraid we won t be able to make it to your party tonight.

Question No. 9. At first, many people didn't like that kind of design, but after a while it caught on.

Question No. 10. The consultant left no stone unturned in his research and investigation, and handed in an excellent report.