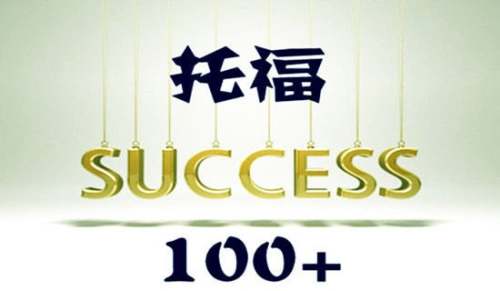 The reasons you choose this person:

In my family, my mother has influenced me greatly because she has so many good qualities. She is very well educated and keeps an open mind. Her thinking is very modern. She is able to understand people from different generations. In addition, she is a good listener. This makes her tolerant of other people’s opinions. Her personal values set a good example for me to follow in my own life. The way she treats people and thinks makes me want to become the best person I can be. This is why I think my mother has influenced me the most in my life.

The reason you chose the behavior

The rudest thing a person can do in our culture is to ignore someone. It cut off all communication. Ignoring someone shows selfishness and a lack of respect to others. If I am trying to catch someone’s attention in a meeting to discuss something or in a store fro assistance, it can be very embarrassing to be ignored. It can hurt people’s feelings and make people lose self-confidence. Furthermore, it makes anyone witnessing this rude behavior uncomfortable. Overall, the rudest thing you can do is to ignore some one as it hurts everyone involved.

The event: my graduation

The reason you chose the event

-recognized for my hard work

-full of all my friends and family

My high school graduation is the most memorable event in my life because it was such a special day. During our graduation we were each called up one at a time to the stage. We each received our diploma and everyone applauded our hard work. I even received an award for being the best math student. There was a get-together afterwards which was attended by all my friends and family. It was a memorable event because on this day I ended one part of my life and embarked on the beginning of my future.

The reasons you chose the animal:

If I could have a pet, I would have a giraffe. It is the most majestic animal in the world. It is tall and sleek. It bends down gracefully to pick leaves from trees using its long tongue and powerful lips. Its fur coat is the most beautiful found in the desert – a yellow background with large brown circles placed here and there. Despite its grace horns on its head and a somewhat goofy looking smile. To me the giraffe is a paradoxical animal – clumsily and awkwardly beautiful and graceful.

The reasons you chose the program:

I like to watch the TV program Seinfeld because it is a funny show about ordinary people like my friends and me. None of the characters on the show are perfect people. Each one takes a turn getting into some trouble on screen. Sometimes they help each other out while other times they just make each feel silly for their mistakes. My friends and I try to see every episode. In fact, we often talk about the most recent episode when we see each other. I can really identify with the show because the characters are so similar to my friends.

The type of music: rock music

The reasons you chose the music

- sound of a generation

- music for a better life and a better society

I like all kinds of music but if I had to choose one type of music it would be rock. It was the lively beat of change for a whole society. Moreover, one of the leaders of this change was Jimi Hendrix. When I listen to his masterful electric guitar style, I can hear the energy of his generation. The music has a soul and an appealing sound. It has inspired many people to work for a better life for themselves and for a better society around them. Rock music has soul and has stood the rest of time.

The book: the Catcher in the Rye by J. D. Salinger

The reasons you chose the book:

- identified with the character

- challenges of my age group

When I read The Catcher in the Rye, By J. D. Salinger, it was already an old book, but I liked it because I identified with Holden Caulfield, the young man who was the main character. He was not always correct in his judgments about the way life was, although he had strong opinions. I liked to read about how he felt and what he understood. His constant wry observations about what he encounters, from teachers to phonies, capture the essence of the eternal teenage experience of alienation. In many ways, we still have the same challenges in life since the times of The Catcher in the Rye.