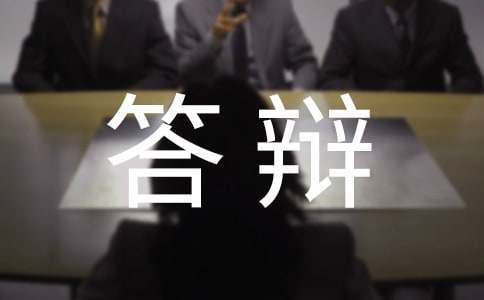 The topic of my thesis is <Angela carter to mythology research - the female archetype in “new eve passion”, for example>. I choose this as my topic due to the following reasons.

Angela Carter (1940-1992) is an outstanding feminist writer whose influence on Britishwomens writing was “pivotal in this opening and transformation”. The year 2014 represents the 22” anniversary of Angela Carters death. In those twenty-two years, her works have been widely taught internationally and brought about much critical debate. In a survey conducted by Cristina Bacchilega and Danielle M. Roemer ,Carter is one of the most commonly taught women writers on North American programs. She has endowed us with an amazingly large number of legacies in her comparatively limited life, setting foot in various fields such as novels,short stories,children stories, dramas, non-fictions and so on. The acute observations with great insights,as well as the devastating wit and poignant mockery in Carters works have made her stand out as an iconic figure in English literature. Many scholars and critics have devoted themselves to the research on Angela Carter from many perspectives,including gothic, magic realism, feminism,post-modernism and so on. As a prolific writer who is always ready to blur the boundaries between different genres, Carter has left us a wonderful world to delve into.

With the emergence of western womens movement as well as the development of feminist criticism in the 1960s,the feminist approach has become a potent weapon for those who are concerned with the emancipation and legal rights of women. Though womens social status has considerably improved due to the contribution made by countless predecessors,the fundamental problem still lingers on. Carter, with her versatile and avant-garde reputation, is best known as a feminist writer. Concerning the dilemmas and predicaments faced by women nowadays,it is very necessary for us to probe into her insightful and penetrating reflections on femininity as well as the relationship between two genders. The Passion of New Eve, as one of Carters most representative works, is of great value in the research of her feminist thoughts and propositions.

Next, is my paper outline. In the main part of this article, I put it into five parts.

Chapter one is an introduction to the thesis, covering the research background, theobjective and significance as well as the organization of the thesis.

Chapter two presents a broad picture of Angela Carters life and her works, as well as the background information about The Passion of New Eve. It also reviews previous studies on Angela Carter and her works at home and abroad, summarizing achievements in the past and pointing out new directions in the future.

Chapter three conducts a retrospective study on feminism and archetypal criticism. The author attempts to work out the origin and development of feminism, demonstrating the important role feminism plays in Carters life. Then is the history of archetypal criticism,as well as those classic female archetypes in mythology. Regarding those fossilized and monotonous images as impediments to womens freedom and liberation,Carter endeavors to shatter them in her demythologizing strategy and appeals for a rational attitude toward heterosexual relationship.

Chapter four is the main body of the thesis. Through an in-depth analysis on The Passion of New Eve,it demonstrates Carters demythologizing of “The Temptress,,,”Mother Goddess“and ”Eve“ respectively in the text. Leilah,the embodiment of Delilah,the famous temptress in the Bible,cannot escape the fate of being objectified by men and herself. By exposing”temptresses“ as mere victims rather than symbols of viciousness. Carter condemns the oppression and exploitation of women in a patriarchal society. ”Mother“ in Beulah serves as a severe satire on those mother goddesses in mythology. Carter smashes the legend by revealing the surgically-made essence of mother and the patriarchal values lurking behind her alleged matriarchal kingdom, warning against the peril and impracticality of extremist matriarchy.And her most convincing example goes to Eve, the most important female character in the Bible, Her transformative journey from a chauvinist to a real woman in the story illustrates that gender, rather than a hereditary feature, is the result of social influence and unremitting imitations. Carter concludes the story with proposing ”androgyny“ as a solution to the current problems,implying that mutual respect and understanding is the only way to achieve the harmony between the two genders.

Chapter five comes to a general conclusion, summarizing the limitations of the theses as well as some suggestions for further study.

OK! That is all. Thank you! Please ask questions.