in the pasts 60 age middle of the month, China one was rising step by step, this was the China children expected, was also worth dancing with joy. From the founding of the nation the first day, the many unfriendly countries internationally is being hostile toward China, does everything possible to hinder China to progress. the US was the biggest threat which China developed, the Korean War which, the Vietnam War the US started causes our country has suffered the heavy loss in the manpower and the financial resource aspect; The US supports Chiang Kai-Shek counter-attacks the mainland motion to cause our country coast not to be peaceful for a long time; Presents US still in did everything possible to suppress China, like did not acknowledge that China market economy status, gesticulates, force Renminbi revaluation in the Taiwan problem and so on, zai weilai di regan nian zhong, the US will still be Chinas enemies, is the forever trouble maker

To celebrate the 60th anniversary of Peoples Republic of China.

In this unusual year, the number of tragic, how many have touched, how many dreams, how much glory there is, bearing in mind the hearts of the people in China, written into the history of the Republic.

The success of the Beijing Olympic Games, the Chinese people realize the dream of a century. Chinese athletes to outstanding athletic ability and indomitable fighting spirit of the first gold medal total to create the best score in history.

Win back the Shenzhou VII, the three astronauts returned to space out all smiles. Shenzhou VII manned space mission a complete success, the implementation of Chinas space technology development milestone major leap forward, the people of China are climbing the peak of world science and technology of another great feat, but also dedicated to the great homeland of the precious 60-year-old birthday present

General of the Chinese nation just like the Great Wall of steel indestructible! The return of Hong Kong in 1997, the return of Macao in 1999; in 1998 the south face of the history of a rare flood in 2003, the face of panic-stricken people of the SARS epidemic in 2008, some ten provinces in the face of the rare snow disaster, earthquake SichanWenchuan , the Chinese people united, will be suffering at the foot of resistance! 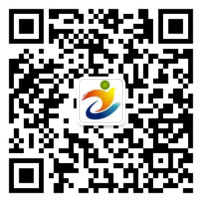